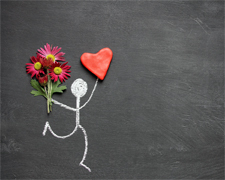 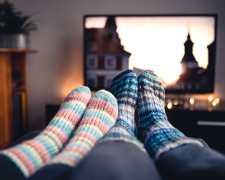 Moving in together? Here are 10 things to consider 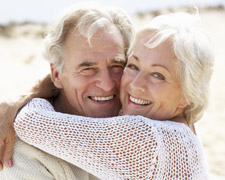 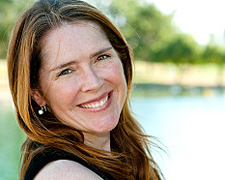 Your Profile Picture: Posting One & Doing It Right! 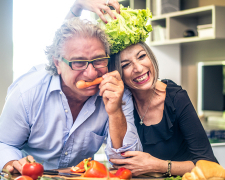 Dating After 50: How To Get Back In The Game 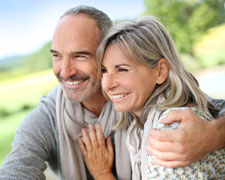 Keeping the Passion Going After 50 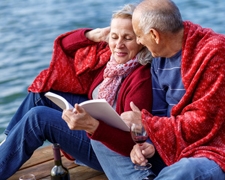 Over the course of our lives, nearly all of us have been exposed to numerous “truths” about relationships. Happy couples, we’re told, never go to bed angry with one another. Having a baby is a good way to save a crumbling marriage. Such beliefs, however, are often inaccurate, if not patently untrue!

Holding such misguided beliefs just might cause problems in your future relationships. Here are a few of the most common relationship myths and the truths behind these statements.

Myth #1: If a relationship is right, it won’t require much work.

Even the best relationships require constant effort. Merging the wants and needs of two distinct individuals is hardly an easy task! Additionally, needs, goals, and life circumstances often change over time, demanding the attention of both partners. Though it’s certainly possible to let your relationship simply run its course, passivity may eventually cause your relationship to crumble.

It is possible, however, to be investing too much effort in your romance. Constantly tending to your relationship is to be expected. You should, however, be reaping the benefits of your efforts. If you’re feeling unhappy more often than you’re feeling satisfied, it may be time to contemplate whether your partnership is a healthy one. Both you and your partner should be investing time and effort in your relationship. A relationship where only one individual is committed to making changes is ultimately doomed to fail. If, however, both partners are dedicated to making a relationship work, it is far more likely to last.

Myth #2: With true love, the whirlwind romance will last forever.

All too often, couples break up because they no longer feel in love with one another. What these individuals often fail to realize is that love changes over time. Falling in love causes chemicals like dopamine to flood the brain and body, resulting in feelings of head-over-heels infatuation. After months or years, however, such flaming passion often transforms into a deeper, more lasting form of intimacy. This sort of love involves a more enduring bond. Instead of grand, romantic gestures, many couples begin showing their love for one another in smaller, more everyday ways.

Romance, however, shouldn’t be neglected! On the contrary, long-term couples should invest even more effort in courting one another. If your physical or emotional needs are no longer being met by your partner, try discussing things with one another. Plan date nights, go on adventures, and carve out the time to try new things together. By doing so, you can revive the “honeymoon feelings” of your romance.

All couples have disagreements. Arguing, in fact, is a healthy sign that a couple’s needs and desires are being communicated with one another, rather than bottled up. These conflicts, however, should be dealt with in healthy ways. Making condescending remarks or resorting to the “silent treatment” will likely escalate problems rather than resolving them. Physical abuse should never be tolerated, either.

Perpetually fighting over the same issues is a surefire way to kindle resentment. In contrast, healthy fighting should lead to problem-solving and plans of action. It is most important to seek lasting resolutions. Over time, couples who engage in productive argumentation may even find themselves having fewer relationship conflicts. Fights that result in productive changes are ultimately a healthy part of any relationship.

Myth #4: Living together before marriage is necessary for a healthy future relationship.

Studies show that a majority of adults believe that living together is a good way to “test drive” serious relationships before marriage. Indeed, it seems to make sense that cohabitation would bring couples closer together.

Interestingly, however, there’s no evidence proving that premarital cohabitation actually improves the quality of relationships. A 2013 study from Pennsylvania State University revealed that there were no measurable benefits to cohabitation in regards to relationship satisfaction, personal well-being, or long-term marital stability. All in all, there seems to be nothing wrong with moving in with a romantic partner. Whether this step is taken before or after marriage, however, is ultimately irrelevant.

Myth #5: If we’re struggling to communicate or need therapy, our relationship is already in trouble.

Practically every couple struggles with communication issues at some point or another. Discussing minor problems before they become larger issues is one good tool for keeping relationships healthy and strong. Listening to one’s partner and avoiding knee-jerk defensive reactions can also lead to more productive conversations.

If you’re struggling with communication or other relationship problems, consider trying couple’s therapy. Booking a therapy session isn’t a sign of a bad relationship! Rather, most couples refuse to seek out therapy, or seek it out after years of constant conflict. In the United States, fewer than 10% of divorcing couples even spoke to a professional. By seeking out therapy as a preventative measure early on, your relationship is more likely to last. Pursuing therapy is ultimately a sign of a strong and healthy relationship.

Most of us have believed such relationship myths at one point or another. If you’ve been convinced of these falsehoods, don’t blame yourself! Media depictions of romance, for instance, often perpetuate these misguided  beliefs. Relationships are often challenging. By focusing on communication and conflict resolution, however, even the most difficult problems can often be overcome, leading to contentment that lasts.

Moving in together? Here are 10 things to consider

Your Profile Picture: Posting One & Doing It Right!

Dating After 50: How To Get Back In The Game